There was an exciting end to the 2014 District Mastermind Competition held at the 1st Winchester HQ on Saturday 8 February.

Six packs from across Winchester entered teams in the competition and at the start of the final round both packs from the 1st were neck and neck in first place with 36 points. Everything depended on the final round.

The last pack to answer questions on general knowledge were the Celts and before they started, the Vikings were leading the table with a final score of 50 points.  The Celts, who were one man short, managed to score 2 points more than the Vikings making them the District Mastermind champions for 2014. 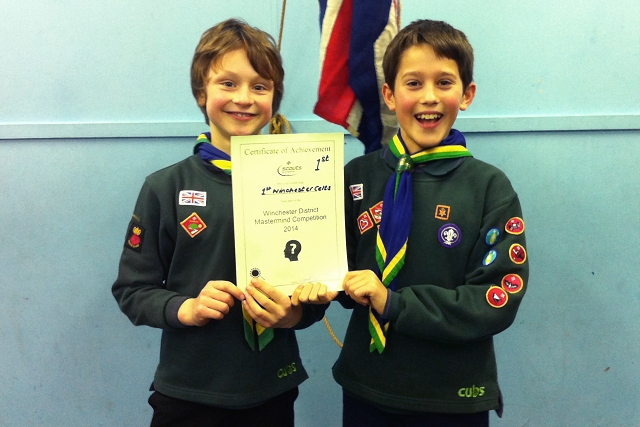 With the Vikings coming second, the triumph for the 1st is getting the top two positions.

Both packs were ahead after the first round because of their sound knowledge on Scouting.

The 12th Winchester cubs were third placed with 45 points.  Well done to both the Vikings and the Celts for doing so well.

The Celts go on to represent the District in the County competition.